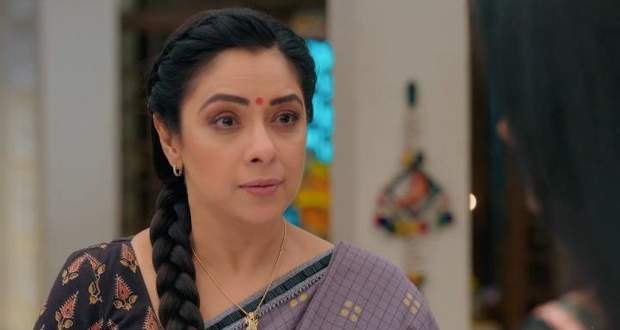 In the future episodes of the Anupama serial, Anupama (Rupali Ganguly) will promise Kinjal that she will not let her become another Anupama.

So far in Anupama story, Kavya manipulated Kinjal into thinking that the Shah family has made her the second version of Anupama as their maid which infuriated her.

Furthermore, in the last episode of Anupama, Kinjal rebelled against Leela while Rakhi came there and threatened to put Shah's family in jail for making her daughter work.

Now as per the serial spoilers of Anupama, Rakhi will act stubborn and will demand that she does not do any work in the kitchen while Anupama will stop her.

She will agree with her demand and will promise to Kinjal that she will not let her become another Anupama as she thinks.

Let's see what will Kinjal do next in the upcoming story of Anupama serial.

© Copyright tellybest.com, 2020, 2021. All Rights Reserved. Unauthorized use and/or duplication of any material from tellybest.com without written permission is strictly prohibited.
Cached Saved on: Monday 17th of January 2022 10:35:03 PM