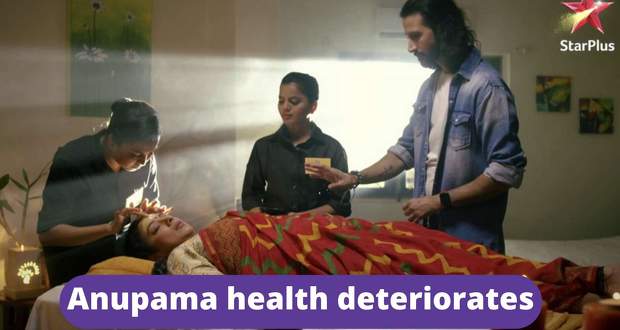 According to the Anupama serial's latest gossip, Anupama's (Rupali Ganguly) health will deteriorate during the surgery and she will have to fight against death.

So far in Anupama's story, Kavya tried to celebrate her first might with Vanraj and get close to him while he left her to save Anupama.

Further, in the recent episode of Anupama, Anupama had to be rushed for immediate surgery which is tricky while Vandaj donated his blood to Anupama.

Now as per serial spoilers of Anupama, Anupama's dealt will start deterioration in the middle of the surgery while Samar and Vanraj will try to encourage her.

However, Anupama's heart monitor will floating making everyone lose hope and cry for Anupama.

Let's see what will the Shah's do next in the upcoming twist of the Anupama serial.

© Copyright tellybest.com, 2020, 2021. All Rights Reserved. Unauthorized use and/or duplication of any material from tellybest.com without written permission is strictly prohibited.
Cached Saved on: Monday 17th of January 2022 10:16:33 PM