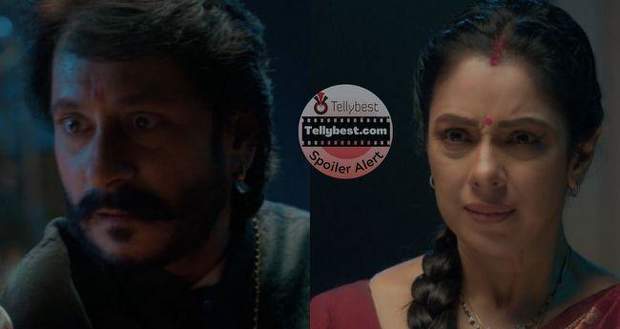 Anupama: Latest Gossip! Anupama has a SOLID EVIDENCE against Vijayendra!

In the upcoming story of Anupama, Anupamaa gathers solid evidence against Vijayendra.

So far in the story of Anupama, Anupama, Kavya, Kinjal, Samar, & Dimpy decide to hold a strike against Mananth & his father, Vijayendra Mehta.

As per the latest spoiler of Anupama serial, Vijayendra Mehta decides to kidnap Kinjal & Anupama when they walk alone in the night.

He traps both of their faces inside a cloth and specially asks Anupama to take her case back, otherwise she will have to bear some grave consequences.

However, according to the upcoming BIG twist of Anupama, Vijayendra doesn't catch Anupama but someone else as Anupama emerges behind him; fearless.

Will Anupama record Vijayendra as he gets trapped inside his own game?

Let us see how Anupama uses this evidence against Mananth & his father to get Dimple justice in future episodes of the Anupama serial.