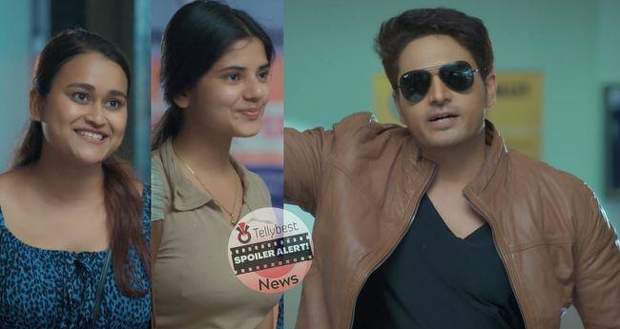 In the upcoming story of Anupama, college girls flirt with Anuj as he follows Anupama everywhere in her college.

So far in the story of Anupamaa, Anuj gifts Anupama a college admission form so she can complete her wish to study on the day of Diwali.

Meanwhile, things calm down at Shah House but Barkha & Adhik stand at crossroads, as Adhik wants to marry Pakhi.

According to the latest spoiler of Anupama, Anuj will get approached by two college girls as he stares at Anupama from outside her class.

Anuj looks dashing, sporting black sunglasses and a leather jacket as the pair of college girls ask him which course, he is in.

Anuj being Anuj states he is stalking his wife who can make the best Theplas, making the two girls leave.

Later, Anuj gives a charming smile and replies there's only one girl whose name is etched on his heart for twenty-seven years & that is Anupama.

Let us see how this college track brings Anuj & Anupama even closer to each other as both of them fulfil their fantasy of being college-lovers in future episodes of Anupama serial.

© Copyright tellybest.com, 2022, 2023. All Rights Reserved. Unauthorized use and/or duplication of any material from tellybest.com without written permission is strictly prohibited.
Cached Saved on: Monday 21st of November 2022 05:58:51 AMCached Disp on: Saturday 10th of December 2022 02:51:06 PM