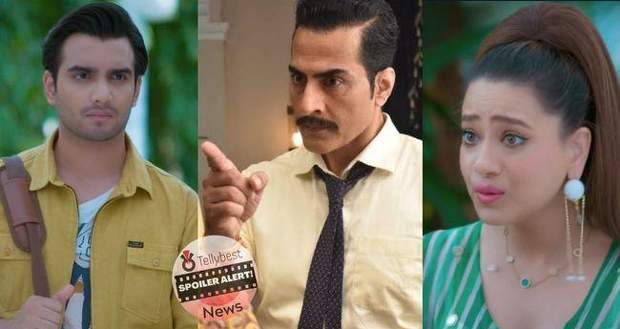 In the upcoming story of Anupama, Kavya will stop Vanraj from beating up Adhik.

So far in the story of the Anupama serial, Adhik & Pakhi get caught at the same resort where Rakhi & the girl gang went to.

Pakhi & Adhik give all of them a big shock by announcing that they will get married to each other.

However, Barkha takes Adhik away while Pakhi goes home along with Anupama.

According to the latest spoilers of Anupama, a frightened Pakhi tells Vanraj about her weekend romance with Adhik which makes Vanraj mad like a bull.

As per the latest gossip of Anupama, Vanraj will go to Kapadia Mansion to beat Adhik black and blue like he has done before.

However, Kavya will try to stop 'V' from beating Adhik who cannot even hide behind Barkha's back now.

Will Adhik & Pakhi's current equation destroy the relations between the Shahs & the Kapadias that just got better recently?

Let us see whether Vanraj's angry reaction elicits a frightened Pakhi to break up with Adhik or not while Kavya tries to calm him down in future episodes of Anupama.

© Copyright tellybest.com, 2022, 2023. All Rights Reserved. Unauthorized use and/or duplication of any material from tellybest.com without written permission is strictly prohibited.
Cached Saved on: Monday 21st of November 2022 06:10:38 AMCached Disp on: Tuesday 29th of November 2022 12:06:45 AM