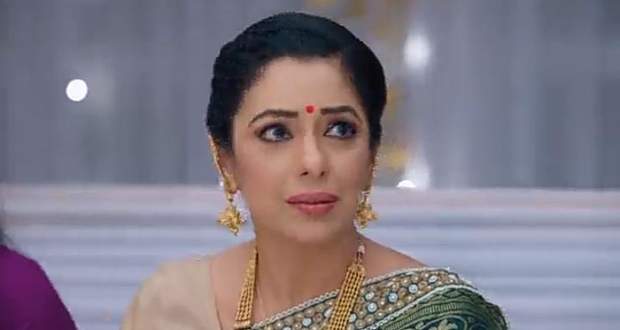 Anupama Spoiler: Anupama fulfills her dream of going on a plane

In the upcoming Anupama serial episodes, Anupama will reveal to Hasmukh and Samar that her dream of going on a plane is going to be fulfilled while Kavya will instigate Vanraj.

Up until now in Anupama story, Vanraj challenged Anuj to an arm-wrestling match hearing Anupama praise Anuj's skills and won the match.

Further, Anuj told Anupama that they have to go to Mumbai for a day and Anupama agreed to come along making Leela, Paritosh, and Vanraj angry.

Now as per the serial gossips of Anupama, Leela will get angry at Anupama for agreeing to go with Anuj saying that what would happen if something inappropriate happens while Anupama will loudly say that no one can touch her without her consent and will tell Leela to trust her.

Later at night, she will sit with Hasmukh and Samar and will reveal to them that her dream of sitting in a plane is going to be fulfilled, according to the upcoming twists of Anupama.

Let's see if Anupama can go with Anuj to Mumbai or not in the upcoming story of Anupama.