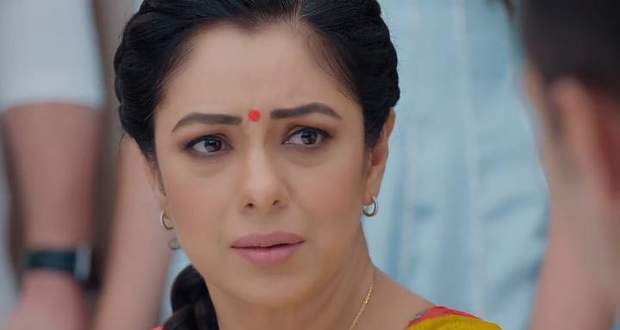 In the upcoming Anupama serial episodes, Rakhi will support Kinjal and Anupama after which they along with the Shah family will expose Dholakiya through social media.

Up until now in Anupama's story, Anupama revealed to the family about Kinjal's situation while Kavya told them that they should not do anything as nothing has happened.

Further, Kinjal tried to go convince saying what would society talk about but Anupama calmed her while Paritosh also sided with Kavya.

Now as per the gossips of the Anupama serial, Kinjal will go to Dholakiya's office with the whole Shah family and even her mother, Rakhi to convince him.

They will further take out their phones and will record him while Anupama will slap him for even teasing and mentally harassing Kinjal according to the upcoming story of the Anupama serial.

Let's see what will Anupama do next in the upcoming twists of Anupama.

© Copyright tellybest.com, 2020, 2021. All Rights Reserved. Unauthorized use and/or duplication of any material from tellybest.com without written permission is strictly prohibited.
Cached Saved on: Thursday 2nd of December 2021 10:01:02 AMCached Disp on: Monday 6th of December 2021 07:46:52 AM