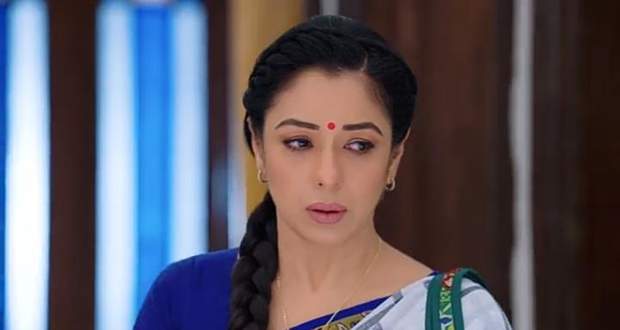 In the future Anupama serial episodes, GK and Anuj will invite the Shah family to their home for the Ganesh Chaturthi celebration while Vanraj will tell his family to not go.

So far in the Anupama story, Anupama went to Anuj's office and accepted the offer after forgetting encouraged by Hasmukh, Kinjal, and Samar.

Meanwhile, Kavya managed to instigate Leela against Anupama saying that society will look down upon them due to it.

Now as per the serial gossips of Anupama, GK will invite the Shah family for the Ganesh Chaturthi celebration while Vanraj will tell his family that no one will go there.

Meanwhile, Anuj will inform GK that Vanraj does not like it that Anupama is working with him and will promise himself to help Anupama when he is in need, according to the spoilers of Anupama.

Let's see what will Anuj do next in the upcoming twists of Anupama.

© Copyright tellybest.com, 2020, 2021. All Rights Reserved. Unauthorized use and/or duplication of any material from tellybest.com without written permission is strictly prohibited.
Cached Saved on: Tuesday 18th of January 2022 07:27:05 AM