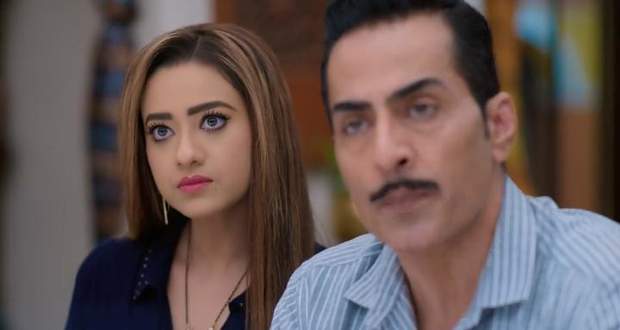 In the future Anupama serial episodes, Kavya will insult Rakhi Dave and will give her the cheque of 20 lakhs while Rakhi will warn her.

Up until now in Anupama story, Anupama and Vanraj got an offer from Anuj Kapadia of 5 crores for the godown which confused them.

However, Vanraj told Hasmukh that he is going to the deal went to the lawyer to get the documents done while Hasmukh got emotional.

Now as per the future gossips of Anupama, Kavya will insult Rakhi by breaking the nameplate and giving her the cheque of 20 lakhs while Rakhi will warn her that she will sue them if the cheque bounces.

Further, Vanraj will scold Kavya saying that they were supposed to give the after two days while they will get a document from Anuj leaving them in stress, according to upcoming twists of Anupama serial.

Let's see what will written in the letter in the serial spoilers of Anupama.

© Copyright tellybest.com, 2020, 2021. All Rights Reserved. Unauthorized use and/or duplication of any material from tellybest.com without written permission is strictly prohibited.
Cached Saved on: Monday 17th of January 2022 10:34:50 AM