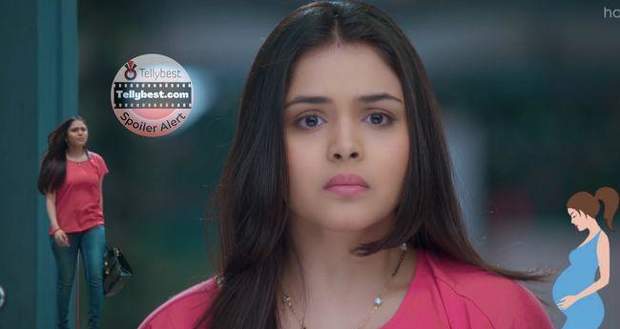 In the upcoming story of the Anupama serial, Pakhi is to get pregnant with Adhik's baby.

So far in the story of Anupamaa, Pakhi instigates Vanraj against Adhik after she has a fight with him and tells everyone that Adhik hurt her physically.

However, she later confesses that it was just an accident and that Adhik did not push her intentionally.

Meanwhile, Anupama and Anuj grow tense with Vanraj whose mind is controlled by Pakhi's spoilt behaviour.

According to the latest spoiler of Anupama, Pakhi will get pregnant and get a reality check after perceiving everyone wrong around her, including Dimple talking to Adhik.

With Pakhi getting pregnant, she will realize whatever Anupama sacrificed for her as a mother and get a tight slap from LIFE itself.

As per the upcoming twist of Anupama, just like Anupama sacrificed her dream of going to America after she got pregnant with Pakhi, the same way motherhood will hit Pakhi like a tornado.

With her already worsening marriage with Adhik, Pakhi is unable to keep anyone happy around her and realizes how much she's been in the wrong for a long while.

Let us see how Pakhi's pregnancy brings a change in her personality as motherhood makes her realize what Anupama is to her in the future episodes of the Anupama Serial.

© Copyright tellybest.com, 2022, 2023. All Rights Reserved. Unauthorized use and/or duplication of any material from tellybest.com without written permission is strictly prohibited.
Cached Saved on: Wednesday 25th of January 2023 12:14:49 PMCached Disp on: Sunday 5th of February 2023 02:46:14 AM