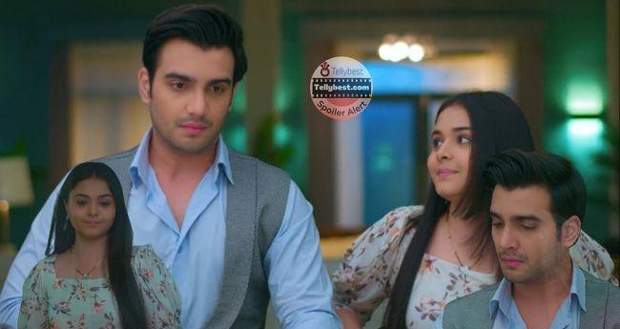 Anupama: Upcoming Story! Pakhi Tries To Get Intimate With Adhik!

In the upcoming story of Anupama, Pakhi will try to get intimate with Adhik.

The current track of Anupama revolves around the Shah family coming to live with the Kapadias so that Anupama can take care of Pari.

Pakhi also comes to the Kapadia mansion to live at Leela’s request whereas her main goal is something else.

According to the latest spoilers of Anupama, Pakhi will make moves on Adhik by coming close to him.

Adhik tries to keep himself isolated from Pakhi as he is still not ready to forgive Pakhi for what she did with him.

Pakhi tries to hold Adhik’s hands, assist him in taking care of his needs and approaches him in a romantic way but nothing seems to work out.

Barkha notices Pakhi’s moves toward Adhik and tries to warn him but Adhik is not entirely opposed to them.

Will Pakhi’s flirting attempts succeed in seducing Adhik once again?

Let us see how Pakhi and Adhik’s track forms in Anupama’s upcoming episodes.