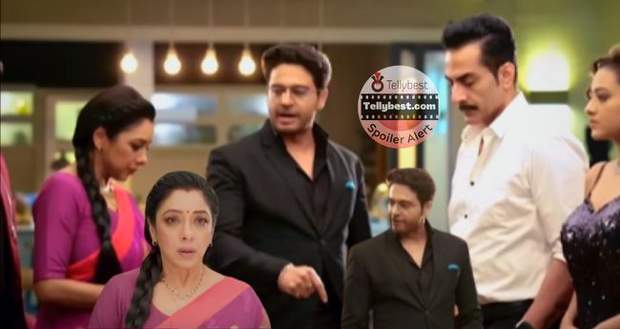 In the upcoming story of Anupama, Anuj will show his new avatar in the new year and leave everyone shocked.

The current story of Anupama revolves around the argument between Anuj and Anupama as Anuj has given her an ultimatum to focus more on her current family.

Anuj is angry with Anupama for caring only for the Shah family and ignoring her daughter.

According to the latest promo of Anupama, Anuj will snap after his patience will run out while dealing with the Shah family.

Vanraj and Kavya will return from Delhi and accuse Anuj of insulting Leela and Hasmukh and trying to separate Anupama from her old family.

Anuj will have enough of the fights and announce that he is not interested in other's families and just wants to lead a happy married life with Anupama and their daughter.

Anuj warns Anupama that if her over-engagement in Shah family's matter does not end then she will lose Anu and probably him too.

Anupama gets shocked to hear such a thing from Anuj while Anuj clenches his jaw as he has no choice left but to safeguard Anu's happiness.

Let us see what Anupama decides to do in the upcoming episodes of Anupama.