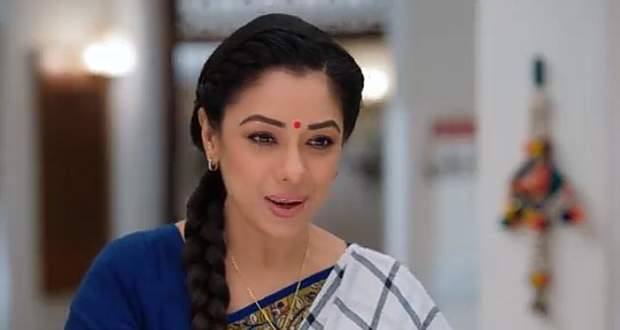 In the future Anupama serial episodes, Anupama will go to Anuj's office and will make herself clear to him that she will only keep a professional relationship with him.

The current story of Anupama serial revolves around Anupama telling the Shah family that she will only focus on her work while Vanraj got angry at her.

Further, the next day, Leela and Kavya argued with Anupama and acted rudely with her while Samar and Kinjal stood up for Anupama.

Now as per the serial gossips of Anupama, Anupama will get Bapuji's blessings and will go to Anuj's office to tell him that she has accepted his offer.

She will tell Anuj that even though she is single, she is also a mother, daughter and would to keep a strictly business-only relationship, according to the spoilers of Anupama.

Let's see how will Anupama's decision affect Anuj in the upcoming story of Anupama.

© Copyright tellybest.com, 2020, 2021. All Rights Reserved. Unauthorized use and/or duplication of any material from tellybest.com without written permission is strictly prohibited.
Cached Saved on: Tuesday 18th of January 2022 07:05:56 AM