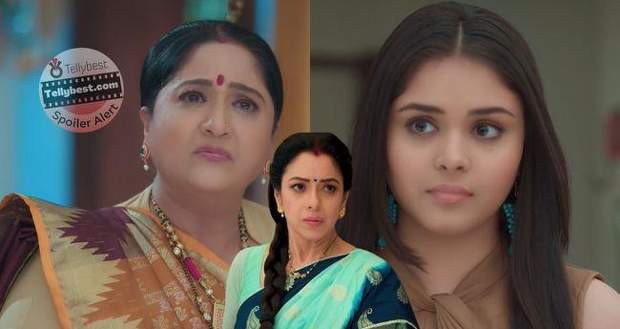 Anupama: Upcoming TWIST! Leela Backs Out On Her Words!

In the upcoming story of the Anupama Serial, Leela will back out from her words for Pakhi.

So far in the story of Anupamaa, Dimple gets her well-deserved justice after the police arrest Mananth & Vijayendra Mehta with Kavya, Kinjal, & Samar's support.

Every character is living their best life and changing for the better in the current track of Anupama, except Pakhi who sees herself as Vanraj's princess.

According to the latest spoiler of Anupama, Anupama asks Leela why Pakhi is still staying at Shah House & not with Adhik.

However, Ba switches lanes & tells Anupama to look after her household & let her handle hers and indirectly encouraging Pakhi's spoiled behavior.

Leela who once was against Pakhi's drama of marrying Adhik changes her team and backs out on her prior statements.

Let us see how Anupama handles Pakhi's spoilt behaviour and her worsening marriage with Adhik in future episodes of Anupama.