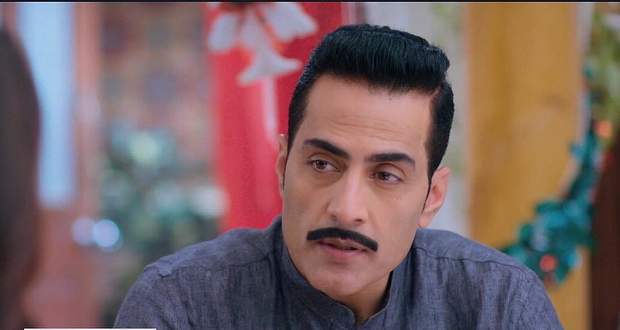 In the upcoming story of Anupama, Vanraj will try to instigate Malvika about taking away the full ownership of the property and business of Anuj.

So far in Anupama’s story, Anuj gifts the transfer of ownership rights of the Kapadia Empire to Malvika on Christmas which enrages her.

Anuj reveals that he is the adopted child of their parents which shocks everyone.

On the other hand, Anupama explains both about the bond they share and makes Anuj and Malvika reconcile with each other.

Anupama joins them and the Kapadia family has a soft moment making others smile.

Now as per the gossips of Anupama, Vanraj will ask Malvika whether she truly doesn’t want to be the owner of the Kapadia Empire.

Malvika will reply to him that she doesn’t want the burden of business and ownership.

Vanraj will try to convince her that ownership will give her power while Malvika will ask him if he is trying to instigate her against her brother.

She will make it clear that she lives her life based on her will and mood, so he can’t order her around, according to the spoilers of Anupama.

Let’s see what future hurdles are waiting for Anuj, Anupama, and Malvika in the future episodes of Anupama.

© Copyright tellybest.com, 2020, 2021. All Rights Reserved. Unauthorized use and/or duplication of any material from tellybest.com without written permission is strictly prohibited.
Cached Saved on: Monday 17th of January 2022 09:08:05 PM