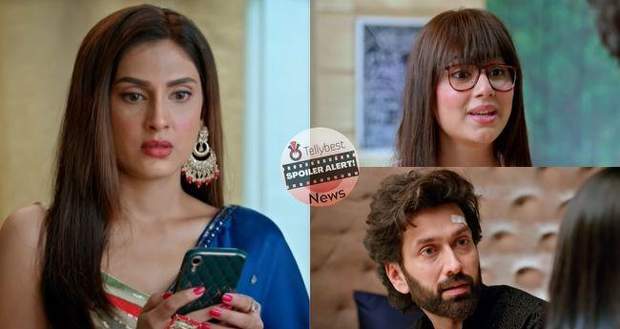 So far in the story of BALH2, Sandy gives Priya an idea to be in a new makeover to be near Ram under Vedika's prying eyes.

Priya puts on a wig as Sandy tells Priya she can apply to be Ram's new PA since the older one has left for maternity leave.

As per the latest spoiler of BALH 2, Ram mistakenly thinks Priya's name is Lovely & she goes with it.

In the upcoming twist of BALH2, Ram starts liking Lovely near him, causing Vedika to grow jealous at the same time.

Let us see how this new track of memory loss enables RaYa to make another set of memories & how long Priya can keep her disguise in future episodes of Bade Acche Lagte Hai 2.

© Copyright tellybest.com, 2022, 2023. All Rights Reserved. Unauthorized use and/or duplication of any material from tellybest.com without written permission is strictly prohibited.
Cached Saved on: Monday 21st of November 2022 12:49:54 AMCached Disp on: Saturday 10th of December 2022 02:28:59 PM