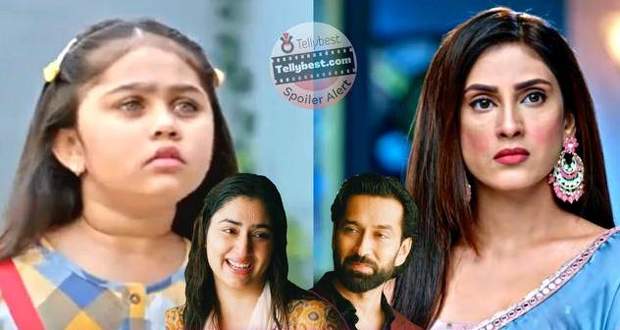 In the upcoming story of Bade Acche Lagte Hain 2, Pihu gives a bulletproof threat to Vedika when she comes to disturb Priya & Ram at Sood House.

So far in the story of BALH2, Ram attends Pihu's thank you dinner & sends Aditya & Brinda to Vedika House.

Vedika feels humiliated after Brinda & Aditya show her the reality of the pettiness she thrives on.

As per the latest spoiler of BALH 2, to take revenge on Pihu first, Vedika says that she is going to marry Ram and become her second Mumma.

However, Pihu fearlessly retorts back and tells Vedika that she can never be Ram's princess, only Priya is his princess.

Let us see how Pihu's bulletproof threat impacts Vedika and how much sooner Ram remembers his true family in future episodes of BALH2.

© Copyright tellybest.com, 2022, 2023. All Rights Reserved. Unauthorized use and/or duplication of any material from tellybest.com without written permission is strictly prohibited.
Cached Saved on: Wednesday 25th of January 2023 12:05:18 PMCached Disp on: Monday 6th of February 2023 04:28:41 AM