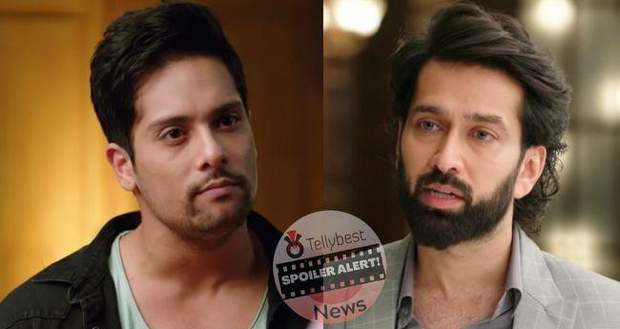 In the upcoming story of Bade Acche Lagte Hai 2, Ram will slap Shubham, surprising Nandini & Vedika the most.

So far in the story of BALH2, Aditya has learnt about Shubham's extravagant expenses and stopped his funds.

Later, Shubham gets mad at Priya for controlling Ram through Pihu and accuses Priya of being money hungry as the money Ram used to transfer to Shubham’s account is now going to Pihu’s trust fund.

As per the latest spoilers of BALH2, Ram learns Priya’s secret after Eshaan confesses to pushing Shivina down the stairs that Priya took the blame.

Ram also learns of Shubham accusing Priya of being a gold digger and using Ram’s money for his sensual adventures.

According to the upcoming twists of BALH2, Ram will slap Shubham after learning his deeds.

Let us see how Ram’s reaction causes a shudder in Shubham & how Priya’s resolve melts when Ram defends her in front of Nandini in future episodes of BALH2.

© Copyright tellybest.com, 2022, 2023. All Rights Reserved. Unauthorized use and/or duplication of any material from tellybest.com without written permission is strictly prohibited.
Cached Saved on: Monday 21st of November 2022 06:41:01 AMCached Disp on: Thursday 1st of December 2022 03:21:43 AM