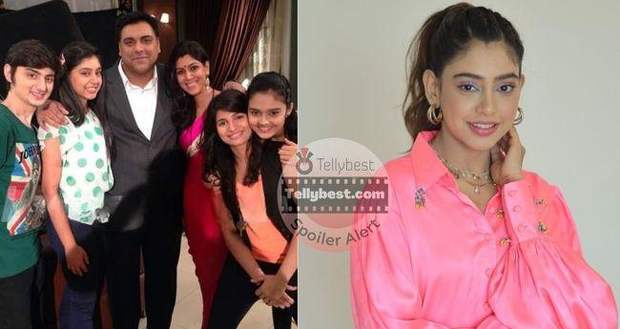 In the upcoming story of Bade Acche Lagte Hain 2, Niti Taylor will take over as the lead of BALH2 after the show takes a 20 years time leap.

She is looking forward to working in the serial as she shares a history with the show and has acted as Priya Kapoor's friend Juhi's daughter in season 1.

So far in the story of BALH 2, Ram and Priya are once again married but at a big cost since Nandini has again manipulated all the facts about Swati.

Swati helped Nandini unwillingly since she does want to see Ram behind the bars.

Furthermore, since the show is due for a time leap of 20 years, the characters Ram and Priya will cease to exist and will be taken over by Niti Taylor and Randeep Rai.

According to the latest spoiler of BALH2, Niti Taylor has a past history with BALH 1 as she acted as Naina, Juhi's daughter who was Priya's (Sakshi Tanwar) childhood friend in the show.

Niti Taylor feels that she is privileged to have worked with Ram Kapoor and Sakshi Tanwar in season 1 and is now very nervous as the pressure of carrying the show on after the leap is huge but she knows that it will be worth it.

Let us see how the show transitions all the characters and the storyline in future episodes of BALH2.

© Copyright tellybest.com, 2022, 2023. All Rights Reserved. Unauthorized use and/or duplication of any material from tellybest.com without written permission is strictly prohibited.
Cached Saved on: Wednesday 25th of January 2023 09:31:11 AMCached Disp on: Wednesday 1st of February 2023 05:21:20 PM