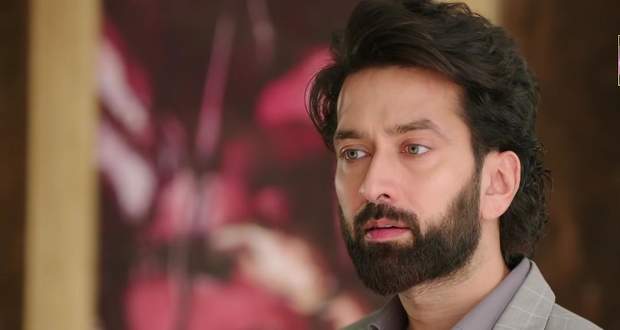 In the upcoming Bade Acche Lagte Hain 2 serial episodes, Nandini will manipulate Ram and Adi by showing them a video and convincing them that Akki is not right for Shivi.

Up until now in Bade Acche Lagte Hain 2 story, Brinda told Ram that he did wrong by pranking Priya and planned a trip for two of them to the farmhouse to have to bond together.

Meanwhile, Ram found about Shubham sending the producer to Akki for the role and trying to break his marriage with Shivi after which he confronted them.

Now as per the upcoming twists of BALH 2, Nandini will show Ram and Adi the video of Raj giving the prawn noodle to the shop vendor and then him giving it to Ram and introducing Raj as Priya's step-brother.

She will manipulate them into thinking that Akki is not right for Shivina and will send Ram to talk to Shivina regarding it but Ram will fail to do so, according to the gossips of BALH 2.

Let's see what will Ram do next in the upcoming story of Bade Acche Lagte Hain 2.