The current story of BALH2 revolves around Priya witnessing Ram's distress after being addressed as a step-brother by Shivina and Shubham every time they are mad at Ram.

Believing it to be her duty as a wife, Priya is all set to teach Shivina and Shubham a moral to realize the pain it gives on being considered a step-sibling.

Now, as per the gossips of Bade Ache Lagte Hain 2, Ram's beloved wife is on her way to end every disrespectful and painful behavior coming his way.

The audience is overjoyed to see Priya's concern towards Ram's unspoken pain which she has read through his eyes.

Though Ram has always forgiven his siblings, the viewers as well as Priya never want to see Ram's adorable eyes filled with tears.

So, Priya plays a tit-for-tat game with Shivina and Shubham, according to the spoiler of the Bade Ache Lagte Hain 2 serial.

In the recent Bade Ache Lagte Hain 2 serial episodes, Priya takes a bold step against Ram's siblings by refusing to be a part of their functions.

To Ram and the audience's surprise, Priya succeeds in her plan eventually ending the trail of taunts for being a step-family.

The viewers are as pleased to see Ram realize that Priya has done everything out of her love for him.

Let us see how Priya mends Ram's relationship with his siblings without letting it affect her married life, in the upcoming story of the BALH 2 serial. 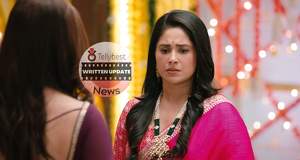 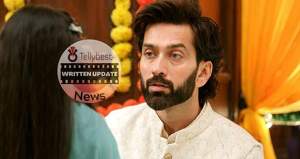 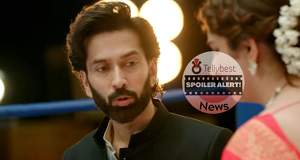 © Copyright tellybest.com, 2020, 2021. All Rights Reserved. Unauthorized use and/or duplication of any material from tellybest.com without written permission is strictly prohibited.
Cached Saved on: Saturday 27th of August 2022 06:52:31 PMCached Disp on: Saturday 24th of September 2022 10:17:03 PM