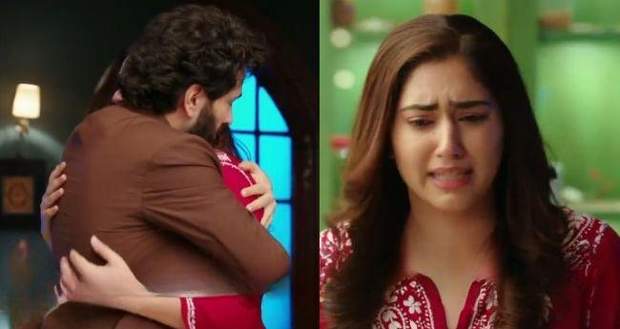 In the upcoming story of Bade Achhe Lagte Hain 2, the blast from the past will make Ram hug Priya when her hand gets burnt with a pan.

So far in the story of BALH2, Priya blames Ram for spying on her and Krish which makes Ram angry.

Priya comes to the kitchen and cries saying that she should not expect Ram to love Pihu like a father as it was her fault when she left Ram.

In the spoilers of the serial, Ram will argue with Priya that she can not compare him with Krish while Priya will burn her hand with a hot pan.

However, the love feelings of RaYa have not died and they inflame every time they see each other.

In the upcoming twists of the serial Bade Achhe Lagte Hain 2, Ram will ice Priya's wounds and hug her to console her.

They also remember when they hugged each other in the past and Ram lovingly tucked Priya's hair behind her ears.

Let us see this current act of husband and wife for the deal makes RaYa come closer again with the little Pihu as icing on the cake in the future episodes of BALH2.

© Copyright tellybest.com, 2020, 2021. All Rights Reserved. Unauthorized use and/or duplication of any material from tellybest.com without written permission is strictly prohibited.
Cached Saved on: Sunday 2nd of October 2022 11:07:52 AM