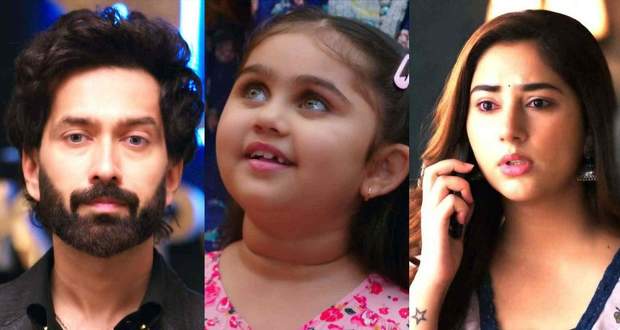 The current track revolves around the interview of RaYa getting viral on social media.

Aditya and Vikrant confess that it was their idea to leak the video again to that Ram and Priya reunite with each other.

Ram refuses to take Priya's help but rethinks his decision after receiving a deal cancellation notice from the minister.

As per the latest twists of Bade Achhe Lagte Hain 2, Ram will go to Priya and ask her to help him in getting the deal. Priya will agree to it after a bit of resistance as she wants Ram to live happily without any distress.

Ram and Priya will act like a married couple once again with Pihu as their daughter. Ironically, this would have been the present scenario if Nandini did not separate Priya from Ram 5 years ago.

This fake act of being a lovey-dovey family will bring Ram, Priya, and Pihu closer to each other.

Let us see if Ram gets to know the truth regarding Pihu in the upcoming episodes of Bade Achhe Lagte Hain 2.

© Copyright tellybest.com, 2020, 2021. All Rights Reserved. Unauthorized use and/or duplication of any material from tellybest.com without written permission is strictly prohibited.
Cached Saved on: Saturday 1st of October 2022 01:42:37 AM