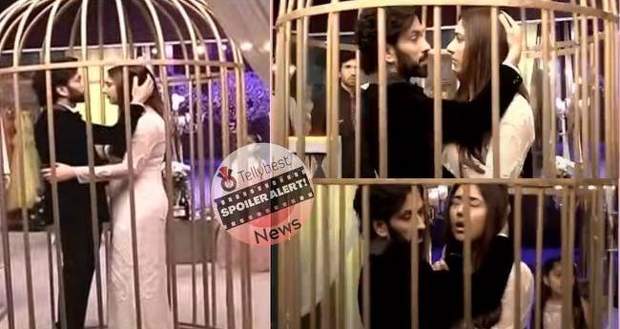 In the upcoming story of Bade Acche Lagte Hai 2, Ram and Priya will get trapped in a cage in a showroom.

So far in the story of BALH2, Pihu has declared that she wants both Ram and Priya together as her parents and the court has also permitted them for the same.

As per the latest spoiler of the serial, Pihu comes to celebrate Dussehra with Ram and his family.

However, before celebrating Dussehra Pihu takes Ram and Priya to a showroom for shopping.

Instead of traditional wear, Pihu selects a white gown for Priya and a black tuxedo for Ram because RaYa's marriage anniversary is falling on the same day as Dussehra.

In the upcoming twists of BALH 2, Ram and Priya will get trapped in a cage in the showroom when Priya goes to pick up a phone to give to its rightful owner while Ram also comes after her.

Out of nowhere, a cage will cage Ram and Priya bringing them closer.

© Copyright tellybest.com, 2022, 2023. All Rights Reserved. Unauthorized use and/or duplication of any material from tellybest.com without written permission is strictly prohibited.
Cached Saved on: Monday 21st of November 2022 07:02:37 PMCached Disp on: Tuesday 6th of December 2022 01:17:19 PM