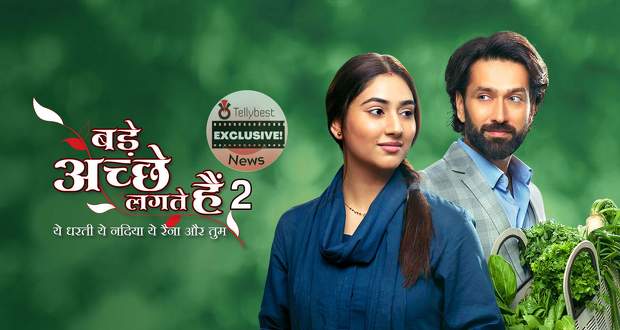 Sony TV's Bade Achhe Lagte Hain 2 will not go off-air in the near future as the rumors were indicating earlier.

It was a mere change of sets not the end of the serial.

BALH2 was set to go off-air by the end of September as the story directed toward its climax, aiming for a happy ending.

However, the popularity of BALH2 among the viewers and the marvelous chemistry between Ram and Priya aka RaYa have changed the minds of the creators.

The story has been extended with Ram and Priya clashing with each other for Pihu.

Looks like it is a long way for the viewers to witness Nandini's true face getting revealed by Priya.

Bade Achhe Lagte Hain 2 is immensely popular among online viewers which helped the serial to carry on without getting wrapped up.

Let us see what new twists and turn come in Ram and Priya's life in the upcoming episodes of Bade Achhe Lagte Hain 2.