In the upcoming Bade Ache Lagte Hain 2 serial episodes, Ram will try to help Priya and make her happy but fails to do so.

The current story of BALH 2 revolves around Meera discovering that Mahendra is trying to stop Priya's marriage with Ram.

Further, Priya signs the prenup contract given by Ram's family at her mother's request.

Now, as per the gossips of Bade Ache Lagte Hain 2, Akki will tell Shivi that he wants Priya to be happy and that's the reason why Akki wanted to get Ram and Priya married.

Further, Priya will take Akki's phone and Ram will take Shivi's phone at the same time and will tell each other to not listen to whatever their siblings said.

Shivi will ask Ram to make Priya happy and Ram will promise to do so.

Later, Ram will go to a bank where Priya is taking a loan and will try to help her. He will try to make her laugh by acting stupid but she will not laugh.

Ram will be worried about how to make Priya smile, according to the spoiler of Bade Ache Lagte Hain 2 serial.

Let us see whether Ram will make Priya happy or not, in the upcoming twists of BALH 2 serial. 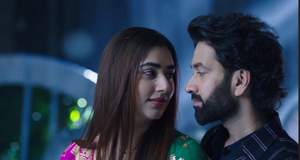 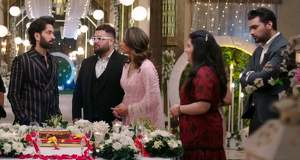