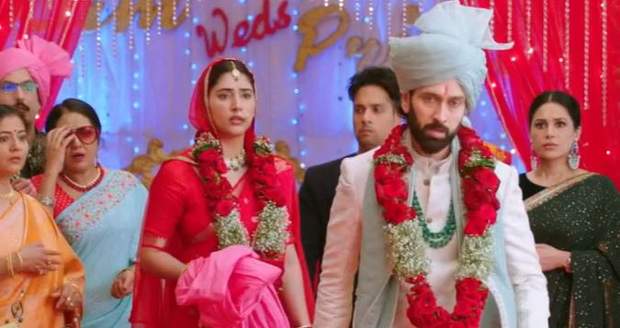 In the upcoming Bade Ache Lagte Hain 2 serial episodes, the police will arrive at Ram and Priya's wedding to arrest Shubham on the basis of a complaint registered by Priya.

The current story of BALH 2 revolves around Ram’s family arriving at the hall and Nandini’s brother giving the videotape to the worker at the hall to put it on TV.

Now, as per the gossips of Bade Ache Lagte Hain 2, the police will come investigating a car that belongs to Ram’s brother, Shubham against which they have received a complaint. When Ram will ask about who made the complaint they will take Priya’s name.

Priya will explain that she issued the complaint as the car’s driver had hurt her sister. She will further tell that it’s her responsibility to protect her sister.

Ram will reply to Priya that it’s his responsibility to protect his brother and will leave from there, according to the spoiler of Bade Ache Lagte Hain 2 serial.