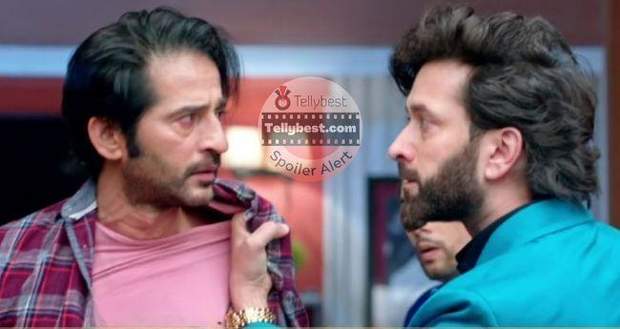 In the upcoming story of Bade Acche Lagte Hain 2, Ram will beat Lakhan for hurting Priya while drunk.

So far in the story of BALH 2, Ram has found out that Swati is alive and well however, Nandini again wins to manipulate him against Swati by giving him false proof against her.

Swati does not deny anything that Nandini proves but instead agrees with her because she was scared that Nandini might get Ram arrested.

Meanwhile, Yash has told Lakhan to beg Ram to take him back into his family, or else he will not let Lakhan marry Avni.

According to the latest spoiler of BALH2, Lakhan reaches Kapoor's mansion in a drunken situation because Avni is missing with Swati and Yash following him.

Lakhan angrily starts moving towards Sid as he suspects him of kidnapping Avni however, Ram stops Lakhan.

Lakhan pushes Ram out of his way but this time Priya goes to Lakhan and tries to calm him down.

Drunken Lakhan does not read the room and jerks Priya off when she tries to calm him down which makes Priya trip.

In the upcoming twists, Ram angrily goes to Lakhan and punches him again and again and then calls the police to get Lakhan arrested.

Will Swati be able to convince Ram not to get Lakhan arrested?