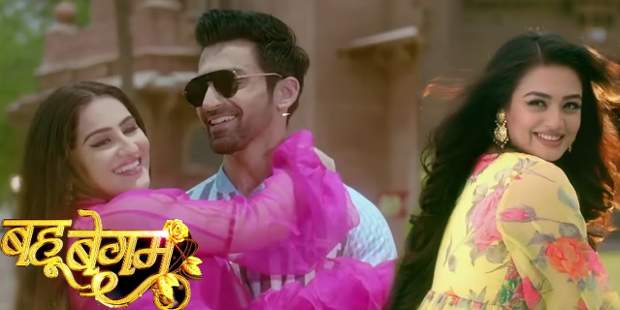 In the upcoming episodes of Bahu Begham serial, Shayra will be arrested for setting the fire and trying to murder Noor.

Up until now in Bahu-Begum story, Noor gets trapped in a fire and gets saved by Azaan who risks his own life to protect his best friend.

However, Faiz and Yasmeen get trapped in deadly fire and lose their lives.

Now as per the spoiler updates of Bahu Begam serial, Noor will report a complaint against Shayra for planning the unfortunate fire breakout in the royal palace and killing Yasmeen and Faiz.

Shayra will get accused of the crime by Noor and will be arrested by the police according to the latest gossips of Bahu-Beghum serial.

Azaan and Raziya will get hell shocked with Noor's ugly allegations on Shayra but will fail to convince Noor on the contrary.

Let’s see how Shayra saves herself from this blame in the future story of Bahu-Begam serial.