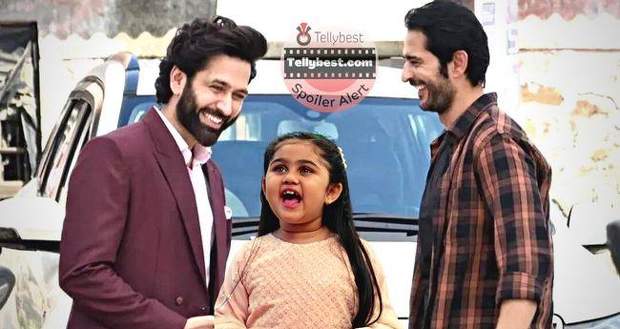 BALH2: After Leap Story! If Hiten Tejwani is Lakhan, What About Ram's Character Post Leap?

So far in the story of BALH2, Ram meets Lakhan on the street where he is beating an old man up.

Also, Lakhan is in love with Yash Khanna's daughter, Avni, whom Sid is also pretending to love just so he can rule over the Khanna Empire.

According to the latest spoiler of BALH 2, a leap of 20 years has been announced by the makers as Nakuul Mehta (playing Ram Kapoor) & Disha Parmar (playing Priya Sood Kapoor) are also quitting the show post leap.

The future track of Bade Acche Lagte Hain 2 seems murky since Ram and Priya won't be shown on the screen post-leap.

Since Priya is pregnant right now, chances are that she will deliver a baby boy and both he & Pihu will grow up together.

As per the latest gossip of BALH2, if Hiten Tejwani is playing Lakhan, what will happen to Ram's character post-leap?

Will there be any fatherly figure for Pihu left or will the makers show RaYa's end in an accident?

Let us see what happens in the future episodes of BALH2 after leaping since the fans cannot satiate their curiosity just yet.