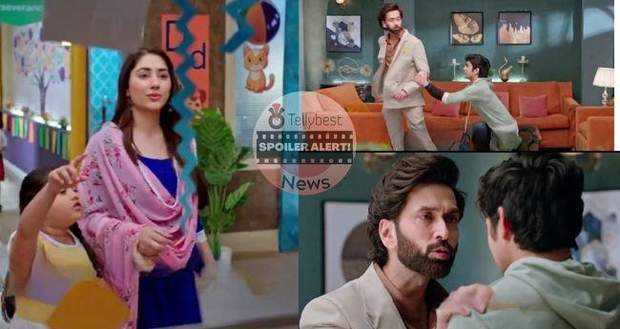 BALH2: Secrets Out! To Bring Ram And Priya Closer OR Tear Pihu And Priya Apart?

In the upcoming story of Bade Acche Lagte Hai 2, the two big secrets that were holding the story back will come out in the public.

So far in the story of BALH2, Priya and Ram kept Karwa Chauth fast for each other and Pihu for her parents.

Later, Shubham got a tight slap from Ram for insulting Pihu and Priya.

As per the spoilers of the serial, Pihu will see Priya's jail pictures in her school planted by Nandini on the noticeboard while Ishaan will confess his hand in Shivina's accidental murder.

Pihu never knew about the dark past of Priya while Ram gets to Priya's innocence and feels bad as she suffered in the last five years unnecessarily.

Let us watch the future episodes of Bade Achhe Lagte Hain 2 to know whether Pihu will drift away from Priya thinking she is a murderer and if Ram gets closer to Priya after Ishaan's confession.

© Copyright tellybest.com, 2022, 2023. All Rights Reserved. Unauthorized use and/or duplication of any material from tellybest.com without written permission is strictly prohibited.
Cached Saved on: Monday 21st of November 2022 07:01:17 AMCached Disp on: Friday 9th of December 2022 03:47:02 AM