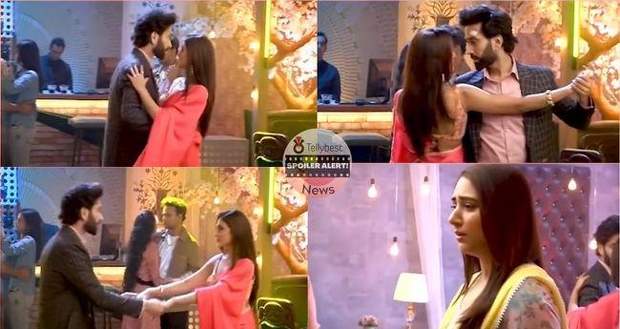 In the upcoming story of Bade Acche Lagte Hain 2, Ram will be dancing with Vedika.

So far in the story of BALH2, Ram thinks that Vedika is his love interest after his memory loss and hugs her while Nandini mocks Priya after showing her this scene.

Meanwhile, Priya challenges Nandini that she will get her Mr Kapoor as she remembers everything, unlike Ram.

As per the spoilers of Bade Achhe Lagte Hain 2, Ram presents Vedika with a bouquet and asks her for a dance in a restaurant.

Priya also comes there with Sandy and watches Ram from afar helplessly.

In the upcoming twists of the serial, Ram gets flashbacks of his past when somebody mentions Ms Sood and some scene happens that reminds him of Priya.

However, Ram will still take his time to get back his memory making Priya suffer alone.

Let us watch the future episodes of Bade Achhe Lagte Hain 2 to know whether Ram has really forgotten his memories or if this is a trick of Ram to get evidence against Vedika and Nandini.