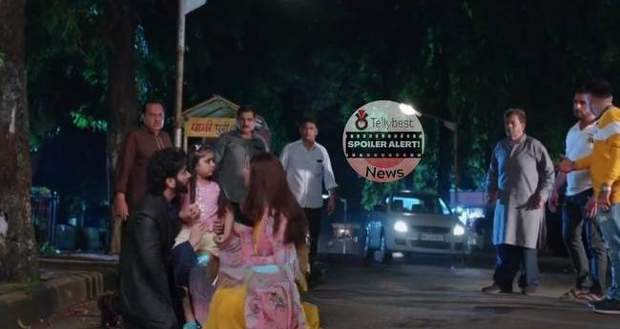 In the upcoming story of Bade Achhe Lagte Hain 2, Pihu will make a wish to Lord Ganesha that she wants to welcome him with both her mother Priya and Mr Khadoos.

So far in the story of BALH2, Ram has kept Pihu with himself after being manipulated by Nandini.

As per the spoilers of the serial, Pihu goes out of the house after making Lord Ganesha with dough and gets stuck in the jam.

She innocently prays to Lord Ganesha that she will tell Priya that she stole the dough and asks him to fulfil her little wish of seeing Priya and Ram together.

In the upcoming twists of Bade Ache Lagte Hain 2, Ram and Priya come looking for Pihu and save her when a car was about to hit her.

Meanwhile, Pihu thanks Ganesha for fulfilling her wish as she can see both Ram and Priya taking care of her.

In future episodes, Ram and Priya will welcome Ganesha along with Pihu while Vedika will be instigating Ram to hire a custody lawyer to get Pihu's custody legally.

Let us watch the new episodes of the serial Bade Achhe Lage Hain 2 to know whether Pihu's tactics to bring RaYa closer work or if Vedika gets successful in separating them again.