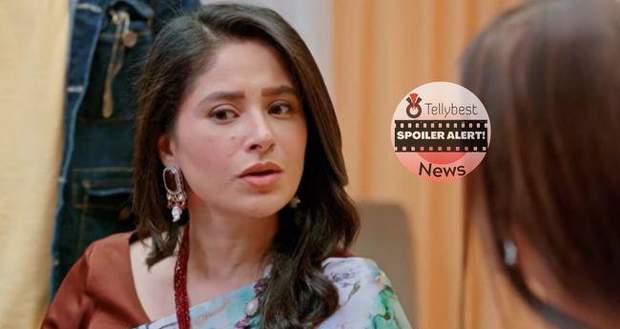 In the upcoming story of Bade Acche Lagte Hai 2, Nandini puts confusion in Ram and makes him believe that Priya wanted to steal Pihu away from him.

So far in the story of BALH2, Nandini and Shubham purposefully showcase the CCTV footage of the day showing Priya and Pihu sneaking away from Kapoor Mansion.

Ram questions Priya’s intent of leaving the house this late at night with Pihu.

According to the latest spoiler of Bade Acche Lagte Hai 2, Nandini triumphs again after Ram creates a tiff between himself and Priya.

He will shout at Priya saying why he shouldn’t file sole custody for his daughter, Pihu when Priya wants to steal her from him.

As per the latest gossip of BALH2, Pihu will hear Priya’s revelation of Pihu being Mr. Khadoos's daughter as she watches both of them fight.

Is this the end of the pleasantry between Ms. Sood and Mr. Khadoos? Has Nandini triumphed again?

Let us see whether Ram and Priya solve this matter alone or give more space to Nandini to poke her nose in their relationship in the future episodes of BALH2.

© Copyright tellybest.com, 2020, 2021. All Rights Reserved. Unauthorized use and/or duplication of any material from tellybest.com without written permission is strictly prohibited.
Cached Saved on: Saturday 1st of October 2022 11:35:12 PMCached Disp on: Sunday 2nd of October 2022 01:08:34 PM