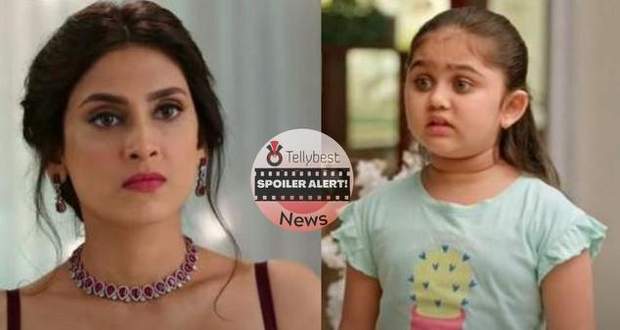 In the upcoming story of Bade Acche Lagte Hai 2, Pihu will bite Vedika’s arm off in the night when Vedika picks a sleeping Pihu up away from Priya.

So far in the story of BALH2, Nandini instructs Vedika to dress up like Priya and kidnap Pihu.

However, Vedika remains nervous about doing this and says it is her always who gets thrown under the bus.

However, Nandini smirkingly tells Vedika to accept defeat for now so they can win in the end.

According to the latest spoiler of Bade Acche Lagte Hai 2, Vedika will pick a sleeping Pihu in her arms while Pihu will get awakened silently.

After realizing that Vedika is out to take her somewhere, Pihu bites Vedika’s shoulders hard, making her squeal.

Vedika’s scream will echo in the entire Kapoor Mansion while Ram and Priya stay asleep due to the alcohol consumed accidentally.

Let us see how Pihu tackles the evil Vedika even in her sleep in future episodes of Bade Achhe Lagte Hain 2 serial.

© Copyright tellybest.com, 2020, 2021. All Rights Reserved. Unauthorized use and/or duplication of any material from tellybest.com without written permission is strictly prohibited.
Cached Saved on: Sunday 2nd of October 2022 12:58:18 AMCached Disp on: Thursday 6th of October 2022 05:15:09 PM