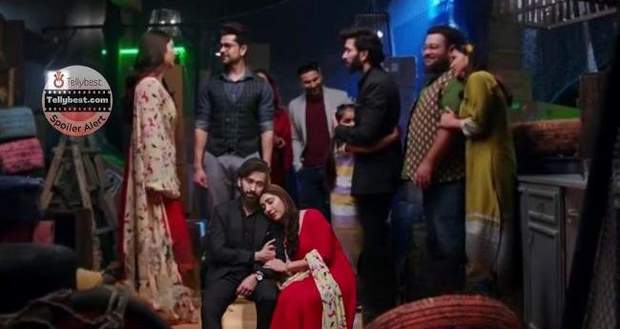 In the upcoming story of Bade Acche Lagte Hain 2, it will be revealed that Priya kidnapped Pihu.

So far in the story of the serial BALH2, Ram has regained memories but he did not tell about it to Priya thinking that he will bring the true face of Nandini and Vedika out himself.

Meanwhile, Priya feels that Ram has recollected his memories but she is not sure.

As per the spoilers of the serial Bade Ache Lagte Hain 2, Aditya informs Ram that he has received a letter in which it is mentioned that Pihu is in some danger and a "fuljhari" is also drawn which is a secret code for danger.

However, when Ram finds Pihu he also finds Priya there.

Priya gets happy knowing that Ram remembers everything while Pihu feels elated to get her father back.

Let us watch the future episodes of Bade Achhe Lagte Hain 2 to know how RaYa together deals with Nandini, Vedika and Shubham when the new chapter of Swati being alive too opens before Ram.

© Copyright tellybest.com, 2022, 2023. All Rights Reserved. Unauthorized use and/or duplication of any material from tellybest.com without written permission is strictly prohibited.
Cached Saved on: Wednesday 25th of January 2023 09:05:13 AMCached Disp on: Sunday 5th of February 2023 03:54:29 AM