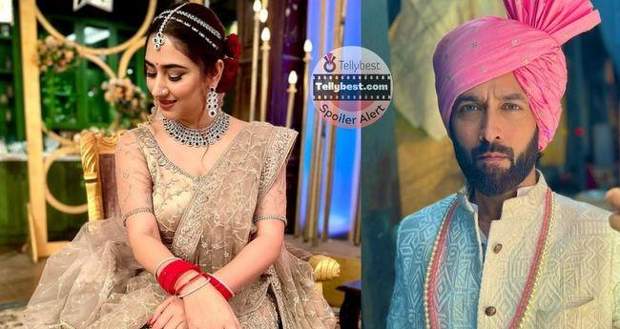 BALH2: Upcoming Story! Ram and Priya shoot their last before the leap!

In the upcoming story of Bade Acche Lagte Hain 2, Ram and Priya will shoot their last scene before the leap happens.

So far in the story of BALH2, Lakhan has been revealed to be Ram's brother and Swati's truth is out in front of Priya.

As per the spoilers of the serial, Ram will also get to know about Lakhan being his brother but before that, a bigger conspiracy is in the making.

In the upcoming twists of the serial Bade Acche Lagte Hain 2, Ram and Priya's wedding bells will jingle giving the viewers a treat to the most awaited moments in the show.

Priya is looking drop-dead gorgeous in her attire while Ram is dressed as a groom every girl desires.

However, Lakhan is also planning something big.

Will Lakhan do something to make an end to the era of RaYa making way for the leap in the story?

Let us see how the wedding moments of RaYa take the story towards its climax with Lakhan having a big part in it and how the leap pans out in the future episodes of BALH2.