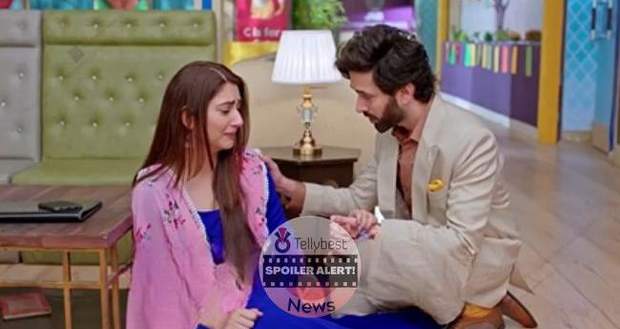 BALH2: Upcoming Story! Ram Asks For One Chance From Priya!

In the upcoming story of Bade Acche Lagte Hai 2, Ram will ask Priya for one chance to trust him.

So far in the story of BALH2, Pihu got to know that Priya was in jail for two years while Ishaan has revealed to Ram that Priya took the blame for Shivina's death when he was at fault in real.

As per the spoilers of the serial, Ram rushes to Priya after Pihu leaves her knowing that her mother was in jail for murder.

Priya reveals to Ram that it was Nandini who gave Pihu the chit but says that she does not have any proof.

In the upcoming twists of BALH2, Ram asks Priya to trust him and give him a chance so that he can prove his child Pihu is not a cheater.

Later, Ram asks Shubham, Vedika and Nandini to write some words so that he can match their handwriting with that on the chit.

Let us see whether Ram can get to the culprit Nandini and Vedika and make the most out of Priya's ONE CHANCE in the future episode of the Bade Ache Lagte Hain 2 serial.

© Copyright tellybest.com, 2022, 2023. All Rights Reserved. Unauthorized use and/or duplication of any material from tellybest.com without written permission is strictly prohibited.
Cached Saved on: Monday 21st of November 2022 06:03:29 AMCached Disp on: Thursday 1st of December 2022 11:44:02 AM