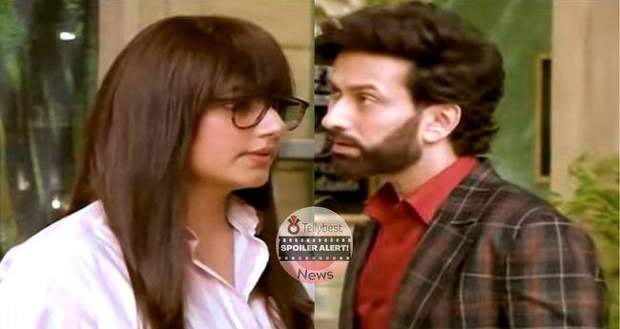 In the upcoming story of Bade Acche Lagte Hain 2, Ram will have a fight with the new form of Priya after they meet in Sarah's bakery.

The current track of BALH2 revolves around Ram losing his memories after getting into an accident.

Priya finds ways so she can remind Ram about her and Pihu and his forgotten memories with them.

Meanwhile, Ram is also looking for a secretary for him.

According to the latest twists of Bade Achhe Lagte Hain 2, Ram will encounter Priya's new personality at Sarah's bakery.

Ram will recognize Priya as the woman who paid for his things at the pharmacy and offer to return the money.

However, Priya will refuse to take the money from Ram and say that she does not need his charity as she is capable of earning it back.

Ram will get into an argument with Priya as he will continue to insist she takes the money back.

Priya will enjoy arguing with Ram and feel excited inside about talking with him.

Let us see where this new encounter takes Ram and Priya and if Priya becomes Ram's new secretary in the upcoming episodes of Bade Achhe Lagte Hain 2.

© Copyright tellybest.com, 2022, 2023. All Rights Reserved. Unauthorized use and/or duplication of any material from tellybest.com without written permission is strictly prohibited.
Cached Saved on: Monday 21st of November 2022 12:49:37 AMCached Disp on: Saturday 10th of December 2022 02:12:45 PM