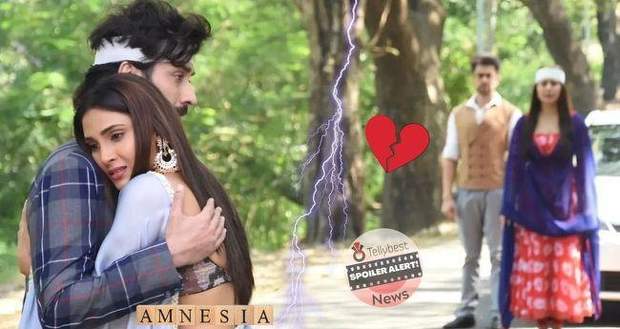 In the upcoming story of Bade Acche Lagte Hain 2, Ram will hug Vedika in front of Priya.

So far in the story of BALH2, Ram & Priya get into a car accident, hurting both their heads.

According to the latest spoilers of BALH 2, both of them get admitted to a hospital where Ram loses his memories, forgetting both Priya & Pihu.

Priya will get heartbroken when she hears Ram ask who is Pihu and her.

In the future story of BALH2, Priya & Krish will go to the accident spot to see whether this car crash was planned or not.

There, Nandini will mock Priya for believing in her victory too soon along with Shubham.

Does this mean that Ram retains only his memories before his marriage to Priya?

Let us see what this amnesia track has in store for RaYa who were on the verge of coming together as a happy family in future episodes of BALH2.

© Copyright tellybest.com, 2022, 2023. All Rights Reserved. Unauthorized use and/or duplication of any material from tellybest.com without written permission is strictly prohibited.
Cached Saved on: Monday 21st of November 2022 01:35:06 AMCached Disp on: Thursday 1st of December 2022 03:20:34 AM