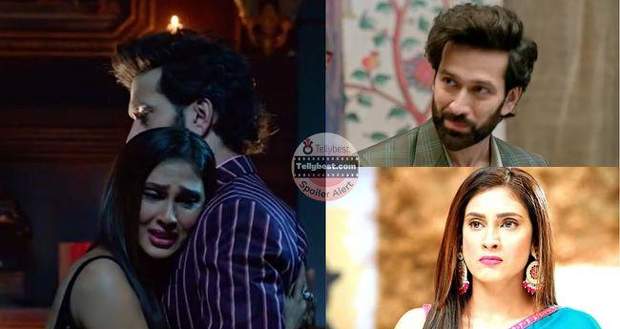 BALH2: Upcoming Story! Ram Kicks Vedika Out Of His Life!

In the upcoming story of Bade Acche Lagte Hain 2, Ram is kicking Vedika out of his life!

So far in the story of BALH2, Ram spends more & more time with his PA, Lovely, and her daughter, Pihu.

However, Vedika & Nandini return from Shimla back and get shocked after realizing that Lovely is none other than Priya.

According to the latest spoiler of BALH 2, Vedika tries to get closer to Ram, asking him whether he loves her or not.

Ram will say I love you not to Vedika, but instead, take Priya's name.

As per the upcoming twist of BALH2, Ram will lose consciousness and mumble Priya's name continuously, hinting that his memories are back.

Further, Reena Aggarwal who portrays the role of Vedika will soon exit the show as her track has ended.

Let us see how the writers of BALH2 craft Vedika's exit from Ram & Priya's life in the future episodes of BALH 2.

© Copyright tellybest.com, 2022, 2023. All Rights Reserved. Unauthorized use and/or duplication of any material from tellybest.com without written permission is strictly prohibited.
Cached Saved on: Wednesday 25th of January 2023 09:48:53 AMCached Disp on: Thursday 9th of February 2023 04:01:16 AM