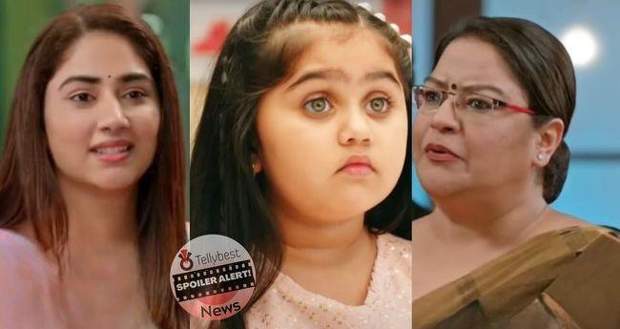 In the upcoming story of Bade Acche Lagte Hai 2, the Judge will oblige Miss Pihu’s command.

So far in the story of BALH2, Ram calms down an upset Priya who thinks she is a failure as a mother.

Further, Priya’s past comes back to haunt her since the Judge presiding over the custody case also knows about Priya spending two years in jail.

As per the latest spoilers of BALH2, the Judge will shame Ram & Priya for hiding such crucial information from her.

However, Miss Pihu’s instinct kicks in as she takes her case back in front of the Judge.

Pihu’s innocence and honesty will save both Ram & Priya in front of the Judge who came to bash them.

Let us see how Miss Pihu crumbles yet another plan of Nandini’s in future episodes of BALH2.

© Copyright tellybest.com, 2022, 2023. All Rights Reserved. Unauthorized use and/or duplication of any material from tellybest.com without written permission is strictly prohibited.
Cached Saved on: Monday 21st of November 2022 03:14:22 AMCached Disp on: Wednesday 7th of December 2022 04:33:03 PM