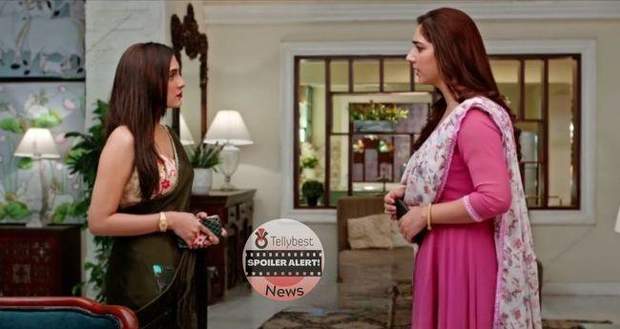 BALH2: Upcoming Story! Vedika Claims Pihu as Her Own!

In the upcoming story of Bade Achhe Lagte Hain 2, Vedika claims to know Pihu and says to Priya that she feels a connection with her because of Ram.

So far in the serial, Pihu successfully made Ram and Priya do the aarti together while Pihu pushes Vedika aside.

As per the spoilers of the serial, Vedika is trying to create misunderstandings between Ram and Priya. She creates confusion that Ram and Priya want the legal custody of Pihu individually.

Vedika talks to Priya that she feels a connection with Pihu as Pihu is Ram's daughter and she loves Ram.

However, Priya cuts Vedika in between and says that Vedika loves Ram only for money unlike her who loves him with all her heart.

Priya also asks Vedika to stay away from Pihu.

In the upcoming twists of the serial BALH2, Krish advises Priya to take Pihu with her and come to the airport.

Let us see how Vedika uses the opportunity and instigate Ram against Priya in the upcoming episodes of Bade Achhe Lagte Hain 2 serial.