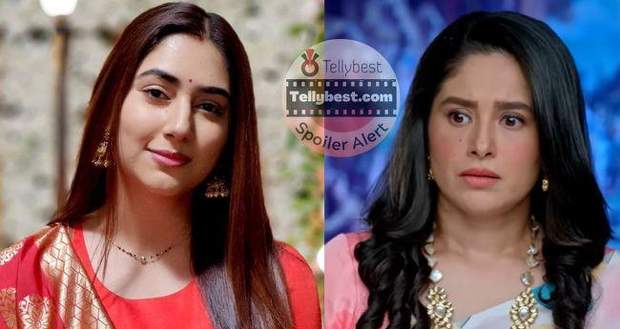 So far in the story of BALH2, Ram & Lovely spend good, quality time together due to Pihu.

However, Vedika gets to know about Priya acting as Lovely and tries to mess up Pihu's mind by stating that she will be her stepmother soon.

Krish & Meera Ma back up Priya who gets weak momentarily but vows to protect Mr. Kapoor at any cost.

According to the latest spoiler of BALH 2, Priya confronts Nandini with legal documents about Ram opening a charity fund to sponsor kids' education who require it, including Pihu's as he still hasn't recovered his memories.

Further, being Ram's PA currently, Priya has access to all the tools that require blocking Nandini's access to Ram's papers & other legal documents.

Taking advantage of being Lovely Singh, Priya takes a step further and draws a Lakshmanrekha legally stating that Nandini cannot fire her as Ram's PA without his permission.

Let us see how Priya's new determination helps her protect Ram from the evil eyes & intentions of Nandini while taking care of Pihu's future as well in the upcoming episodes of BALH2.

© Copyright tellybest.com, 2022, 2023. All Rights Reserved. Unauthorized use and/or duplication of any material from tellybest.com without written permission is strictly prohibited.
Cached Saved on: Wednesday 25th of January 2023 12:05:23 PMCached Disp on: Monday 6th of February 2023 06:01:37 AM