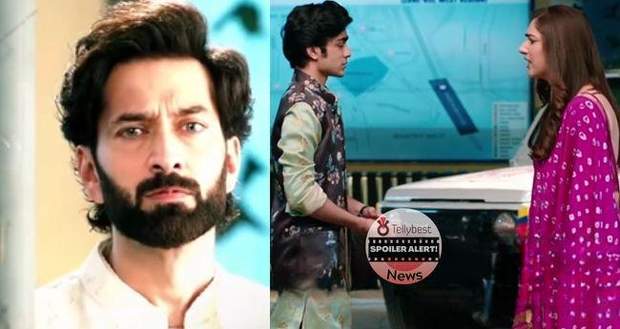 In the upcoming story of Bade Achhe Lagte Hain 2, Ram will get to know that Pihu is his daughter only.

So far in the story of BALH2, Ishaan is asking Priya to tell the truth about Pihu to Ram which Priya denies.

As per the spoilers of the serial, Ram eavesdrop on Priya and Ishaan's conversation and gets to know that Pihu is his own blood who was away from him for 5 long years.

Meanwhile, Priya is unaware that Ram has heard them and pledges that she will never let Ram know the truth about Pihu as she fears her daughter will be treated the same way as her in the Kapoor Mansion.

In the upcoming twist of Bade Ache Lagte Hain 2, Ram will decide to keep Pihu close to him and never let his daughter away from him.

Let us see the future episodes of the serial Bade Acche Lagte Hain 2 to see how Ram succeeds in keeping Pihu with himself along with Priya.

© Copyright tellybest.com, 2020, 2021. All Rights Reserved. Unauthorized use and/or duplication of any material from tellybest.com without written permission is strictly prohibited.
Cached Saved on: Sunday 2nd of October 2022 12:17:49 AM