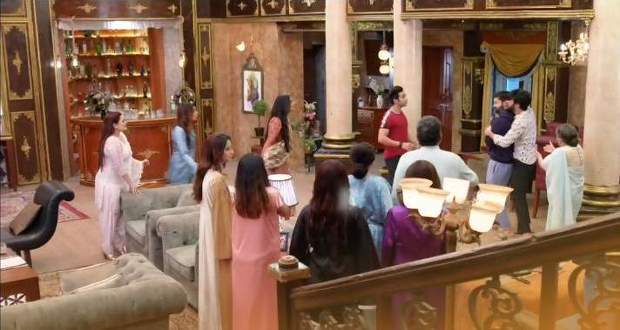 In the upcoming story of Bhagyalakshmi, Rishi's life will be in danger.

So far in the track of Bhagyalaxmi, the pandit has already informed Lakshmi about Rishi's Markesh dosh being active for the next forty-two hours.

Later, Balwinder plans to run away from the Oberoi mansion but hearing the police siren he stays back.

Now as per the spoiler of Bhagyalaxmi, Balwinder puts a knife on Rishi's neck when he realizes it was Rishi's plan to trap him. Seeing the knife so close to Rishi's neck, everyone in the Oberoi mansion is shocked.

According to the Bhagyalakshmi twist, Lakshmi will use her common sense and attack Balwinder with a stick and be Rishi's saviour again.

However, it will be interesting to see how Lakshmi will reveal Malishka's true face in future episodes of Bhagyalaxmi.