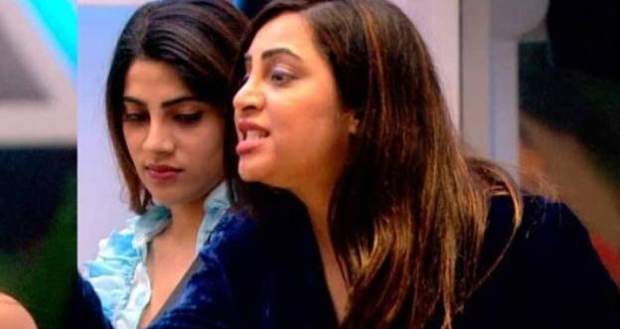 In the upcoming episodes of Bigg Boss 14, Arshi Khan will get violent in a fight with Rubina Dilaik and will be out of the upcoming captaincy task as a punishment.

So far in Bigg Boss 14, Jasmin Bhasin, Aly Goni, Abhinav Shukla and Rubina are nominated for this week's elimination as a punishment for discussing the nominations amongst each other.

Further, Arshi commented on Rubina's way of playing the game which erupted in a fight between the two.

Now as per the latest gossips of Bigg Boss 14, Arshi and Rubina will once again get into a fight during which Arshi will throw a chair and will break.

Later, Bigg Boss will announce that she has broken a rule and as a form of punishment, she is out of the upcoming captaincy task according to the future news of Bigg Boss 14.

Let's see who will be the next captain in the future episodes of Bigg Boss 14.