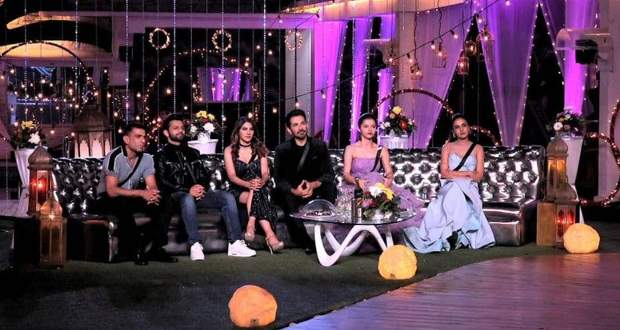 In the forthcoming episodes of Bigg Boss 14, the ghost challengers will target each of one housemate to put them in trouble.

Up until now in Bigg Boss 14, Eijaz Khan and Abhinav Shukla became confirmed finalists in the top four by gaining immunity through Bigg Boss tasks.

Nikki Tamboli recently got eliminated which shocked the housemates while Salman revealed that one more contestant will get eliminated from Bigg Boss house.

Now as per the Bigg Boss 14 spoiler alerts, the ghost's of Bigg Boss better known as challengers for this season of Bigg Boss will target each housemate to create trouble for them.

Further, Krishna will also visit the house as a guest.

Let's see how will housemates react to the challenges in the latest episodes of Bigg Boss 14.

© Copyright tellybest.com, 2020, 2021. All Rights Reserved. Unauthorized use and/or duplication of any material from tellybest.com without written permission is strictly prohibited.
Cached Saved on: Wednesday 3rd of March 2021 02:52:48 PM