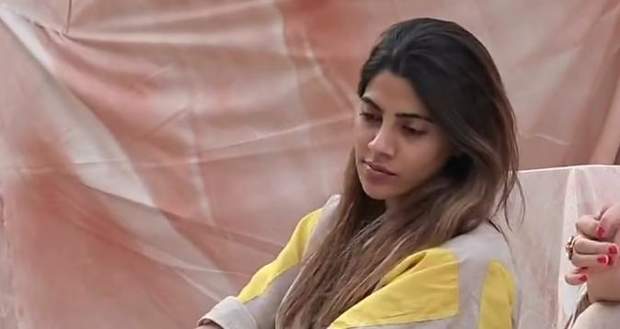 In the future episodes of Bigg Boss 14, all the housemates will get irritated by Nikki Tamboli's behaviour while Rubina Dilaik will state her fear to them.

So far in Bigg Boss 14, housemates are given a task where they have to stay outside of the main house and stay in the garden area only.

Each use of any commodity will be counted as a unit which will be written to the blackboard. Further, the team to get the lowest units will win the task giving them a chance to decide what they get for dinner.

Now as per the future gossips of Bigg Boss 14, Nikki Tamboli will purposely sit up and down on the sofa of the living room making her team purposefully closer to the lose of the task.

Further, Rubina will state that she fears the task will be halted due to their fight and they won't get a chance to win the ration for dinner according to the latest twists of Bigg Boss 14.

Let's see what will Nikki do next in the upcoming episodes of Bigg Boss 14.

© Copyright tellybest.com, 2020, 2021. All Rights Reserved. Unauthorized use and/or duplication of any material from tellybest.com without written permission is strictly prohibited.
Cached Saved on: Tuesday 21st of September 2021 04:49:13 AM