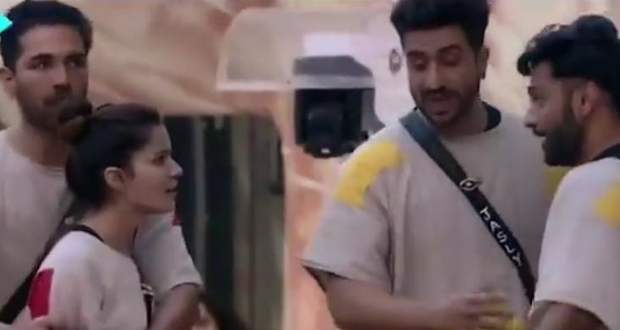 In the upcoming episodes of Bigg Boss 14, Rubina Dilaik will push Rahul Vaidya while Aly Goni will support Rahul and will tell her off.

Up until now in Bigg Boss 14, Eijaz Khan went out of the house due to prior commitments and Devoleena Bhattacharjee has been sent as his proxy.

Further, Aly was chosen to bring in the food ration for the next day in which he got 8 items out of 12 as 4 points had been deducted by the Bigg Boss.

Now as per the spoiler alerts of Bigg Boss 14, the housemates will be performing another task which will be divide into two teams.

Meanwhile, Rahul and Abhinav Shukla will get into a verbal argument while Rubina will suddenly come towards Rahul and will push him.

Aly will support Rahul while Abhinav will also join the fight and he and Rubina both will constantly push Rahul according to the future gossips of Bigg Boss 14.

Let's see if Bigg Boss gives any announcement regarding the fight in the future episodes of Bigg Boss 14. 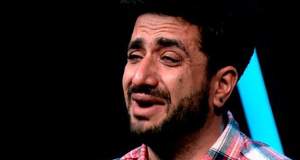 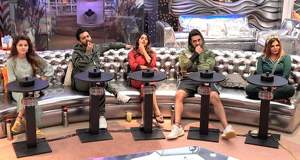 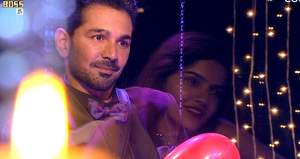 © Copyright tellybest.com, 2020, 2021. All Rights Reserved. Unauthorized use and/or duplication of any material from tellybest.com without written permission is strictly prohibited.
Cached Saved on: Friday 19th of February 2021 08:06:07 AMCached Disp on: Monday 1st of March 2021 12:31:21 AM